How Quantum Metric, the digital experience intelligence platform, was able to rebuild their partnership program to show ROI using Sharework. 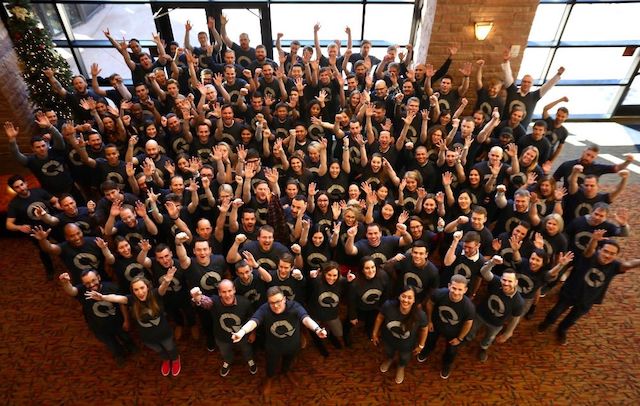 In B2B, it is common for a company to go under a "reorg" with its partnership programs. It is also equally as expected, particularly recently, for a company to begin a new partners program. But, what is not so common is the expression of starting over. The bold decision to wipe the slate clean and redefine a program is an undertaking that many would consider too gargantuan a task when coupled with the effects of a pandemic. Yet, we look at the case of Quantum Metric, a digital experience intelligence platform, and see that this feat is not only one that can be done but can be positively transformational when conducted with the right tools and led by the right people.

Jeremiah Daon, Head of Tech Partnerships at Quantum Metric, was a part of the team that facilitated such an adventure in early 2020. Jeremiah and his team dedicated themselves to creating a partnership program that reflected ROI and that presented value. As you may imagine, Sharework contributed to his ability to do just that.

Jeremiah had the privilege of evolving the way he performed account mapping with partners in Quantum Metric’s ecosystem. Like so many others, he would bring the task of creating questionably accurate excel sheets home to continue his workday. He would spend countless hours burning the midnight oil cross-referencing accounts only to ceremoniously return the agonized data over the next day to his Account Executives. Later, he was introduced to an Ecosystem Management Platform. This platform was not Sharework, but another widely recognized platform. After a trial period with this platform, Jeremiah ultimately decided to look for alternatives that better matched his Partner Program's needs. Serendipitously, Jeremiah received an email from Sharework's CEO, Simon Bouchez, inviting him to the platform. The rest, as they say, is history. Part of this history is because Sharework was able to accommodate Quantum Metric's partnerships program's stage.

As their partnerships team continued their efforts towards creating a valuable program, they recognized a need to be agile in building their partnerships quickly. Sharework, a revenue building tool, provided ecosystem management and account mapping they needed to see where their partners’ customer base overlapped with theirs. Using this information, they were able to identify the target accounts that presented common opportunities for Quantum Metric and their partners, and identify the partners’ presence in their strategic accounts. The insight and introductions they gained from Sharework ultimately allowed Quantum Metric to gain momentum and notoriety within its partnership ecosystem.

The Proof is in the Pipeline

Though the valiant work of the partnerships team produced far more than what was initially intended. Not only did their program reflect ROI and value through drastic pipeline growth, but it instilled within the company a sense of trust and respect for the Partnerships team. Faced with the stereotypes of only working during coffee meetings and happy hours, partner professionals know that gaining company-wide respect is nearly as challenging as rebuilding an entire program. Yet, Jeremiah and his team proved that the stereotype is a fallacy. Now they are held in high esteem across Quantum Metric as a result of their successful implementation of a new partner program.

The trust created by the partnerships team is in part a reflection of their ability to justify their efforts. And in this, Sharework also has proven to be a valuable tool.

"Now, when questioned about why I'm partnering with this company - why am I investing my time, l pop open Sharework and say, 'I'll show you.' For example, I can show you that one company is installed to some degree at 80% of our customer base. That is proof that we should be investing in them."

The incredible success of Quantum Metric’s’ team and Partnership Program provides a great example to other B2B companies. The success of a partner program is determined by a companies’ willingness to give their partner programs the right resources. As they say, the proof is in the pudding. Or in this case, the revenue is in the relationships.